We have put together this play list to give you a taste of the compositions by Beethoven that demonstrate some of the variety of musical styles, genres, expression and instrumentation. We have chosen samples recorded by one or several Norwegian performers, performed under different circumstances over a period of more than eighty years. The pieces are ordered chronologically by year of composition. 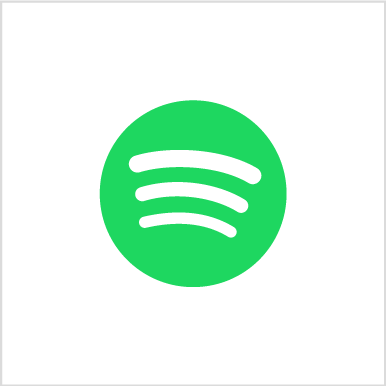 1. From Wind Octet in E-flat major, Opus 103 (1793). 3rd movement, Menuetto. Written in Viennese classical style, in the year when Beethoven turned 23. Performed by the Oslo Chamber Academy (2011), using, among other instruments, natural horns (an older type of instrument that lacks valves and thus plays only so-called natural notes).

2. From String Trio in E-flat major, Opus 3 (1794–95) 3rd movement, Menuetto. Beethoven wrote several string trios early in his career. Even while he continued the tradition of Mozart, Beethoven’s innovative ideas and own expressiveness begin to shine through. Performed by the Ssens Trio (2015–2016).

4. From Piano Concerto no.  5 in E-flat major, «Emperor Concerto» Opus 73 (1809–1811) 2nd movement. Written during his second period, the so-called “heroic”. The end of the restrained second movement is written as a direct transition into the third movement. Performed by Leif Ove Andsnes (2014) and others as part of The Beethoven Journey, a complete series of live recordings of all Beethoven’s piano concertos.

5. From Piano Concerto no. 5 in E-flat major, "Emperor Concerto" Opus 73 (1809–1811) 3rd movement, Rondo. Beethoven’s best known piano concerto reflects the transition in music history between the Classical and the Romantic. The concerto demands a virtuoso pianist, as Beethoven himself was. Performed by Leif Ove Andsnes (2014) and others as part of The Beethoven Journey, a complete series of live recordings of all Beethoven’s piano concertos.

6. From "Equali" for four trombones, WoO 30. No. 3 (1812). An "equale" is a work written for identical instruments. This is an older style of music that had actually gone out of fashion in Beethoven’s era. The work was commissioned to be played from a tower, possibly during All Soul's Day. This selection was among the pieces that were performed in Beethoven’s funeral. Performed by the Norwegian Trombone Ensemble (2018–2019).

7. From Fidelio, opera in two acts, Opus 72 (1814 – last and final version). Quartet from Act 1. Beethoven’s only opera belongs in the genre of "Rescue Opera", which was popular after the French Revolution. The main character Leonore rescues her imprisoned husband, freedom fighter Florestan, bolstered by her courage and her undying love, and was one of Kirsten Flagstad’s great roles; she is heard here in a live recording from Salzburg in 1950.

8. From "25 Scottish Songs", Opus 108. No. 2, "Sunset" (1818), lyrics by Walter Scott. The origin of the melody is unknown, but the melody was arranged by Beethoven. Beethoven arranged a number of folk songs on commission; folk songs were popular as a part of Romanticism’s interest in the folk traditions of various nations. Performed by violinist Vilde Frang and others (2020).

9–10. From Missa Solemnis in D major, Opus 123 (1819–1823) 4th movement, Sanctus (over two tracks) This mass, written for solo vocalists, choir, organ and orchestra, is one of Beethoven’s few religious works and is regarded as one of his greatest achievements. The work expresses the complexity of existence, with God’s presence as an expression of the divine in the human being and in creation, defying our comprehension. The recording was made using period instruments. The soprano soloist is Ann-Helen Moen (2017).

11. From the Diabelli Variations, Opus 120 (1819–1823). 3rd variation. This work is based on a waltz by a contemporary composer, Antonio Diabelli (1781–1858), and is deemed one of Beethoven’s most important works for piano. Upon an invitation from Diabelli, Beethoven reworked this originally simple waltz, applying his enormous variety of expression and his broad musical arsenal. Beethoven laboured over this work for several years, until it finally comprised 33 variations. Performed by Ingrid Andsnes (2015).

12. From String Quartet no. 13 in B-flat major, Opus 130 (1825–6). 5th movement, Cavatina. The quartet belongs to Beethoven’s last period. Although he had lost all hearing, he continued to blaze new trails in music through his compositions. Beethoven did not live to see any performance of the final version. The original closing movement, "Great Fugue", was later published as a separate work.  Performed by the Vertavo Quartet (2009).